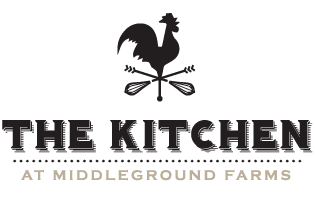 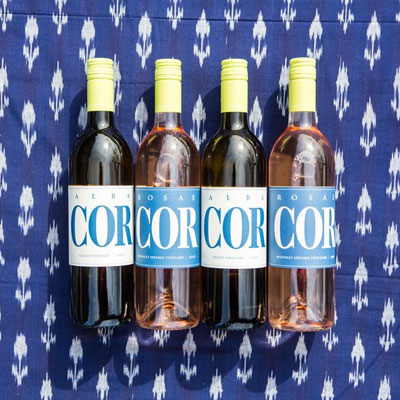 We are so excited for our Winter Winemaker’s Dinner Series and sharing our kitchen for a fun and informative demonstration cooking class all about pairing Northwest wines with seasonal food! For this dinner, we welcome Luke Bradford. 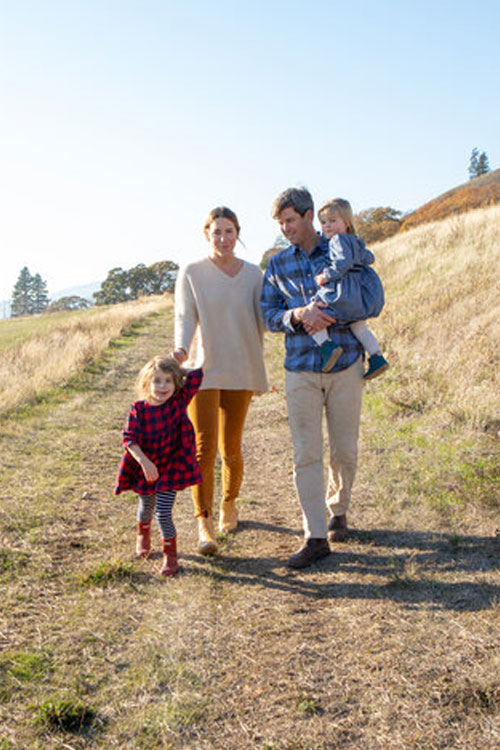 Luke Bradford started COR Cellars in 2005. A native New Yorker, Luke moved to Washington for college at Evergreen, to study sustainable agriculture and political ecology. A trip to Italy to visit family led to a year-long internship in 2000 at Tenuta di Trinoro, in the Val d’Orcia in southern Tuscany, followed by an additional six month harvest job in 2002 at Passopisciaro on Mt Etna in Sicily. Luke then returned to Washington and went to work as assistant winemaker for Wind River Cellars and Syncline Wine Cellars in the Columbia Gorge, while concurrently launching COR from a property he purchased in 2003 in Lyle, WA. COR is now run by Luke, his wife Meg and a dedicated crew of seven associates. We currently produce about 6500 cases annually.

The COR portfolio represents the far eastern and western edges of Klickitat County, from warm to cool climate, as it follows along the Columbia River.

From the warm Horse Heaven Hills AVA in the east, they produce:

In the cooler climate Columbia Gorge AVA in the west, they produce the “mountain” white varietals:

They also produce two sparkling wines and some carbonic fermented Primitivo and Pinot Noir from the Gorge AVA.

As the grapes are brought in, they ferment each lot separately and then run them into barrels or small stainless and concrete tanks and keep each lot independent throughout the following winter. The following spring, blending decisions are made, reds are racked and returned to barrel, and the whites, sparkling wines and rosé are bottled young and fresh to retain their fruit and youthfulness. Most red wines are bottled in August to maintain their vibrancy, although three or four cuvees are “over vintaged” for bottling the following year.

Throughout the winemaking process, we aim to be as low impact as possible, using gravity when we can, and handling the wines minimally to raise them into maturity. Their goal is to have the wine in bottle represent the youthful energy and enthusiasm they feel for winemaking. They produce wines as companions to food, and feel the greatest expression is when you share them with a great meal and all your best friends!

Chefs Jessica & Jason will walk through a demonstration cooking class featuring a four-course seasonal menu where we share the tips and tricks to creating a beautifully paired menu.

PER PERSON PRICE: A per-person cost of $165, which includes dinner, pairings, and gratuity.

Each week Chef Jessica sends an email that includes an update from the farm plus a calendar. This is the best way to learn what new culinary adventures are available and happening! (And we never, ever, ever sell our customer information!)

Copyright 2014-2023 The Kitchen at Middeground Farms | All Rights Reserved