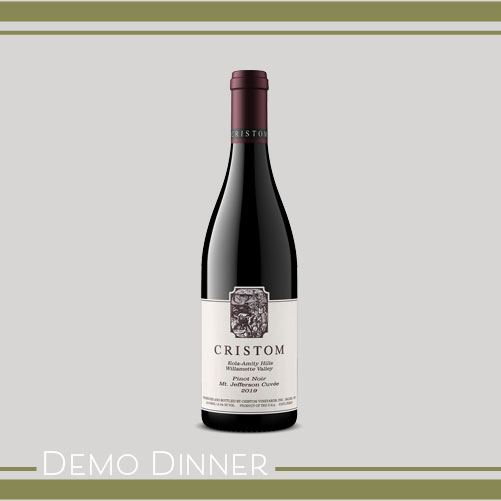 We are so excited for our Winter Winemaker’s Dinner Series and sharing our kitchen for a fun and informative demonstration cooking class all about pairing Oregon wines with seasonal food! For this dinner, we welcome Cristom Vineyards’ Daniel Estrin. 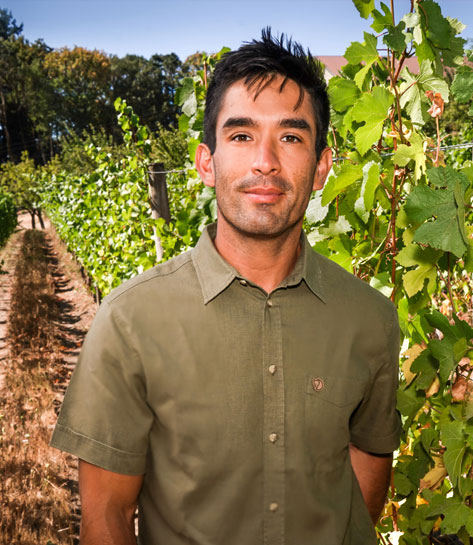 Despite growing up in the Willamette Valley Daniel had no early exposure to wine until 2000 when his car broke down in LA and he took a job stocking shelves at The Wine House. With a little help from his Uncle Mark (founder Red Car Wines) Daniel developed a passion for the craft. After a couple of harvests at Red Car he found his way to Craggy Range in New Zealand where he became intoxicated with the idea of making wine as a life-long pursuit.

In 2012, he graduated from Cal Poly, San Luis Obispo with a B.S. in Viticulture, and minors in Soil Science and Plant Protection. Soon after, Daniel accepted a highly coveted internship at Littorai wines. It was at Littorai that Daniel truly found his place in the wine world. For seven years Daniel worked under Proprietor/Winemaker, Ted Lemon. Rising through the ranks Daniel became Associate Winemaker and helped push forward Littorai’s biodynamic program by bringing animals to the property and creating fertility on the farm. In addition to Littorai, he has been grateful to have worked at Mount Langi Ghiran, Domaine de la Cote, Bodega Chacra, and Burn Cottage.

In July 2019, Daniel returned to his Oregon roots with his wife and two pups to work for Cristom. Through partnership with an incredible team, he hopes to make Cristom a more self-sustaining farm and craft wines to tell that story.

Cristom Vineyards was established in 1992 by the Gerrie family to grow and craft distinguished wines of place that honor individual sites and old-world techniques. Family-owned thirty years later, Cristom remain stewards of their east-facing volcanic hillside in the Eola-Amity Hills focused on growing benchmark Pinot Noir and Chardonnay. The soils on their Estate are dynamic and varied and the winds can be fierce defining their region and hillside and help to craft wines with a foundation of bright acid structure. They farm 90 acres of vines across a total of 240 acres on their east-facing estate that rises from 200 feet to more than 790 feet. Along with more than 76 acres of Pinot Noir, they have just over 9 acres of estate Chardonnay planted. Learn more about their five vineyards on this interactive map.

Bringing together biodynamic and organic farming methods, Cristom farms the land with the next 100-years in mind. Their winegrowing centers on the philosophy that the greatest expression of terroir produces the finest wines. The cornerstone of their winemaking is rooted in traditional methods – site selection, low yields, whole-cluster fermentation, and native yeasts – to produce balanced, dynamic wines of intensity, structure, and length that have a global reach.

This seasonal menu will be posted closer to the event.
Please check back!

Register for our newsletter!

Copyright 2014-2021 The Kitchen at Middeground Farms | All Rights Reserved