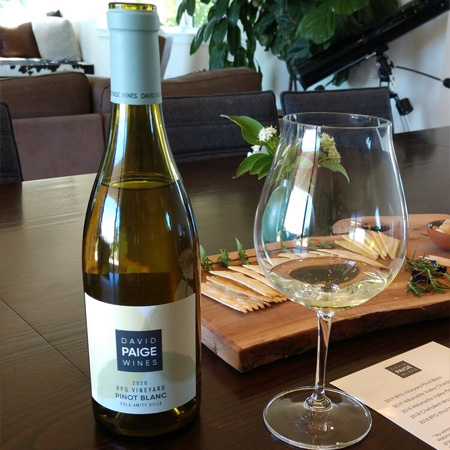 We are so excited for our Winemaker’s Dinner Series and sharing our kitchen for a fun and informative demonstration cooking class all about pairing Oregon wines with seasonal food! For this dinner, we welcome winemaker David Paige. 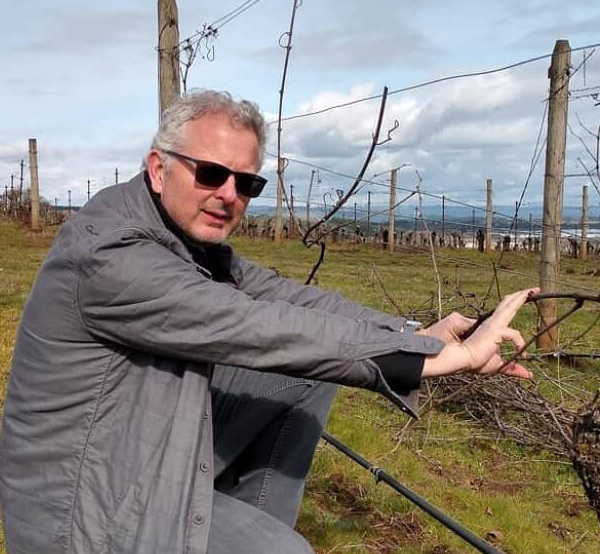 David Paige has been making wine in Northern California and Oregon for over 30 years. Armed with a UC-Davis Fermentation Science degree, Dave gained experience at wineries in the Sierra Nevada foothills, Napa Valley, and Australia. He then spent nine years in Monterey County and the Santa Lucia
Highlands, where he focused on Pinot noir and Chardonnay. It was also in Monterey that he met his wife Dysthe, an event planner who has worked on several wine events in Monterey and Oregon.

His love of cool climate wines brought him to Oregon, where he met David Adelsheim. He signed on as Adelsheim’s Winemaker in 2001 and spent nearly two decades solidifying their status as one of the great brands of the Willamette Valley. Adelsheim also gave Dave the chance to work with exceptional vineyards from all over the valley.

During this time he learned how to adapt his winemaking techniques to different sites, “following the fruit” to the wine it was best suited for. Dave has become an important member of the winemaking community in the Willamette Valley. He has been a colleague and mentor to many people in the valley and has been on the boards of the International Pinot Noir Celebration and Oregon Pinot Camp.

In 2018 he decided the time was right for a new beginning. David Paige Wines is a return to his small-winery roots from his Santa Lucia Highlands days, but with volcanic soil and a lot more rain. Dave currently lives in the Willamette Valley with his wife Dysthe. If he had any spare time, he would love to be kayaking.

Dave Paige has been part of the west coast wine industry for over 30 years. He began his career in California before heading north to Oregon and settling at famed Adelsheim Vineyards in the Willamette Valley, where he spent nearly two decades as Winemaker. There he honed the skills to craft the distinctive Pinot Noir and Chardonnay that are the valley’s hallmark.

In 2018, Dave decided he wanted to try his hand at creating his own label and began looking around the Willamette Valley for vineyard property he could take on to create his own winery. Separately, two friends in Indiana—one with roots in Oregon—were discussing creating a winery of their own.

After many years of friendship, John Gorup and George Rickus began their own search for a vineyard and winery to purchase in the Willamette Valley in early 2018. For them, the right opportunity was predicated on finding a solid long-term investment, in a business they could feel passionate about, and having fun while doing so. A formal search process was initiated by George, who grew up in Oregon and still has family in the Willamette Valley. A series of mutual acquaintances introduced George to Dave Paige, and soon Dave became a third partner in the process (or perhaps John and George became Dave’s second and third partners). As George likes to joke, it took two weeks to find Dave, and another six months trying to find someone who could say anything bad about him. He couldn’t—everyone in the valley seemed to know and love David Paige.

Now working as a team, the three families toured the valley looking for the right property. They were especially excited by the Eola-Amity Hills; the wines were some of the most distinctive in the valley, epitomizing the connection between the land and the wine for which the Willamette Valley is known. Together, they found a beautiful site with mature vines on a volcanic ridge and rechristened it RPG Vineyard, combining their three last initials. This would be the home of David Paige Wines.

Staying true to what drew them all here, their aim is to create great wines from Chardonnay and Pinot Noir that have classic character and highlight the terroir from which they are grown. They reinforce the status of Oregon wine country as one of the top areas on the planet for growing cool climate varieties.

SEATING: Family-style seating at the Chef’s Table, limited to 22 people. Bistro tables are available, if needed.
DEPOSIT: A $50 seat deposit is required per person and will be deducted from your final bill.

PER PERSON PRICE: A per-person cost of $150 will be billed at the close of the evening minus each seat deposit.
GRATUITY: Service gratuity is gratefully accepted on your final bill. A 20% gratuity is added for groups of six (6) or more.

SEATING: Family-style seating at the Chef’s Table, limited to 22 people.

DEPOSIT:A $50 table deposit is required per reservation and will be deducted from your final bill.

PER PERSON PRICE: A per-person cost of $150 will be billed at the close of the evening minus the table deposit.

Due to the limited number of seats, this event requires a seat reservation PER PERSON.

PLEASE purchase ONE TICKET for each person in your party. The total will be deducted from your total bill the night of the dinner.