We are so excited for our Winter Winemaker’s Dinner Series and sharing our kitchen for a fun and informative demonstration cooking class all about pairing Oregon wines with seasonal food! For this dinner, we welcome Lemelson Vineyard’s Matt Wengel and Ashley Campion. 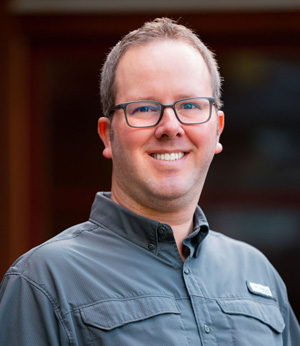 Graduating with honors from the UC Davis Viticulture and Enology program was just the start for Matt. After completing several harvests in Sonoma County, he journeyed to South Africa, where he swam with Great White sharks off the coast while making wine in Stellenbosch at Warwick Estate. Later he learned Spanish in the Bio-Bio Valley in Chile, while getting to know Chilean winemakers and the wonderful local culture.

Matt next came home to the U.S. to work in upstate New York and Hunt County, aspiring to almost freeze to death making ice wine and delicious, crisp dry Rieslings. He then returned to California to a position at Stags Leap Winery in Napa Valley. Before moving to Oregon, he most recently worked at Clos Pegase for a few more years as associate winemaker and made various other Sonoma County brands on the side. Matt has always wanted to come to Oregon and loves making beautiful wines at Lemelson Vineyards. Lemelson’s commitment to terroir-driven, minimalist intervention winemaking from organically farmed estate vineyards is his dream-come-true job.

When not at the winery, you’ll find Matt hiking or running in the deep green woods and verdant fields of Western Oregon, trying to catch a glimpse of the majestic Mt. Hood in the distance. 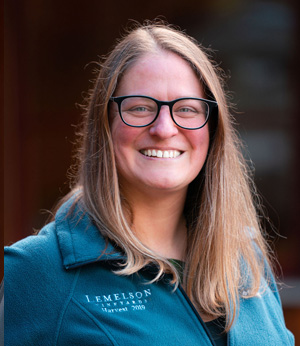 Ashley moved with her family to Portland, Oregon from California at the age of ten, and then out to Carlton in high school, just up the road from Lemelson Vineyards; her sister actually worked for Eric pulling weeds in the Stermer Vineyard after the first vines were planted.

Once in Carlton, she fell in love with the Willamette Valley. Growing up, Ashley often helped out at friends and neighbor’s wineries during harvest and shared many bottles of wine on many different dinner tables, quickly realizing just how special Oregon Pinot noir is.

In an effort to save the world, Ashley went to school for Political Science at Oregon State University and spent time studying and traveling throughout Europe. When she returned to Oregon, she found herself still drawn to the wine industry. Ashley helped out on the sorting line at Lemelson Vineyards in 2009 and was quickly hired on as a full-time intern by the Winemaker. She worked at Lemelson Vineyards on and off over the next two years.

After working at a variety of producers, including Shea Wine Cellars, Brittan and Winderlea Vineyards, and Patton Valley Vineyard, she has returned to Lemelson Vineyards in the role of Assistant winemaker. Ashley is thrilled to be back at Lemelson, where she first truly fell in love with wine and winemaking. She loves that she can make wine with great folks in a gravity flow winery with incredible and diverse vineyards and call it a job!

When Ashley is not making or drinking wine, she is often found with her head in a book, her hands in the garden, or cooking and traveling with her wife.

Lemelson Vineyards began as a dream — a dream to create a winery that celebrates innovation in technology, sustainability in agriculture, and tradition in winemaking. Eric Lemelson started Lemelson Vineyards with the intention of building something that would not only serve our consumers, but also the longevity of the pristine state that he calls home. Utilizing organic farming methods and gravity flow production, we craft estate grown Pinot noir, Pinot gris, Chardonnay, and Riesling from some of the finest vineyards in the Willamette Valley. Since the inaugural release of the 1999 vintage in October 2001, Lemelson Vineyards is dedicated to producing some of the world’s finest Pinot noir. Eric Lemelson fell in love with Pinot noir’s subtle flavors and distinct textures early in the 1990s. He planted his first vineyard in 1995, five years after moving to a Yamhill County farm. Two years later, realizing that he loved the work involved in growing wine grapes, he planted an additional 30 acres of Pinot noir and began planning for construction of a sophisticated, gravity-flow winery.

This event requires a table reservation.

PLEASE SELECT THE NUMBER OF TABLES you need for your party in the "Options" box on the event page.

P.S. For per-person pricing and table descriptions, scroll down to REGISTRATION INFORMATION on the event page.