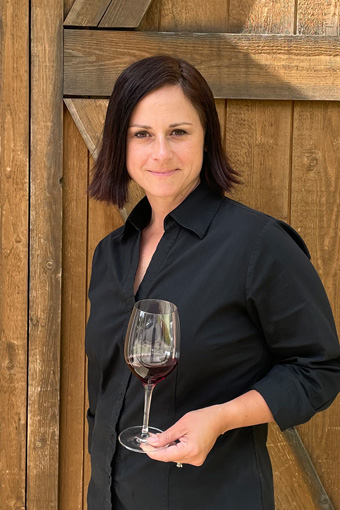 Jean began her service industry career at just 19 years old, owning and operating a coffee shop in the suburbs of Detroit, Michigan while also working as a server at the local Country Club.  After selling the business she relocated to Columbus, Ohio where she worked with chef Richard Blondin, who trained under world famous French chef Paul Bocuse. Jean’s love for wine and service grew with the amazing exposure to an unparelled cellar with French wine being the focus. Jean and her spouse had the opportunity to move to Los Angeles, California and she decided what better time to study California wines. Jean continued her hospitality career at the distinguished hotel, Shutters on the Beach, in Santa Monica, California. It was during this period she studied for and became WSET Level 2 certified.

After some time in the hustle and bustle of the sand and sun, her spouse’s job lead them to Portland, Oregon providing yet another great opportunity to dig deeper into the Burgundies of the new world and explore the Willamette Valley wine country. During this time Jean has worked with Domaine Serene winery and managed the Tavern on Kruse wine program in Lake Oswego, Oregon.

Jean’s dream yet was to have acreage and a site for her own tasting room or business on her property with a focus on wine and small plates. Enter Jessica. Jessica had known Jean for years through a mutual friend and decided to bring her on to take on the wine program and help take The Kitchen to the next level for service, wine and excellence.

When Jean is not working you will find her cooking, gardening, playing with her daughter and of course drinking wine. She hopes you get a chance to try some of the wine pairings this Summer during Dinners in the Garden.